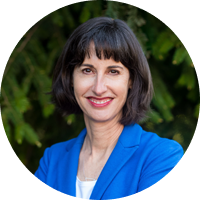 Dr. Wenner is a board-certified dermatologist and a fellow of the American Academy of Dermatology. She is also a member of the South Puget Sound Dermatology Society and Association of Military Dermatologists.

Dr. Wenner is a combat veteran and served two tours in Iraq with the 31st Combat Support Hospital and the 2nd Brigade, 1st Cavalry Division. She was awarded the Bronze Star Medal with Oak Leaf Cluster and the Combat Action Badge. She joined Cascade in 2014 after completing 17 years of active duty.

Prior to her service in the Army, Dr. Wenner attended the Florida Institute of Technology in Melbourne, Florida, on an Army ROTC scholarship. She initially wanted to be a marine biologist, but after realizing the Army did not need marine biologists, she changed her focus and attended the Uniformed Services University of the Health Sciences (USUHS) in Bethesda, Maryland.

Dr. Wenner completed her first residency in Family Medicine and began working as a family practice physician, taking care of soldiers, their families, and retirees. It was during this time that she began to appreciate the field of dermatology. As a result, Dr. Wenner decided to return to school and completed her residency in dermatology at Brooke Army Medical Center in San Antonio, Texas.

Dr. Wenner has been a part of the Cascade Eye & Skin Centers team since 2014 and takes great pride in treating each patient as if they were family. She specializes in medical and surgical dermatology as well as cosmetic dermatology, including Botox, fillers, and lasers.

When Dr. Wenner is not in the office, she can be found exploring Puget Sound by land and water, trying to spot orcas, birds, and other marine life.  Dr. Wenner also enjoys gardening and loves spending time with her husband, children, and three cats.

Dr. Wenner looks forward to continuing to provide the highest quality of care to her patients and making a positive impact on their lives each and every day.